Why CBC can’t be trusted 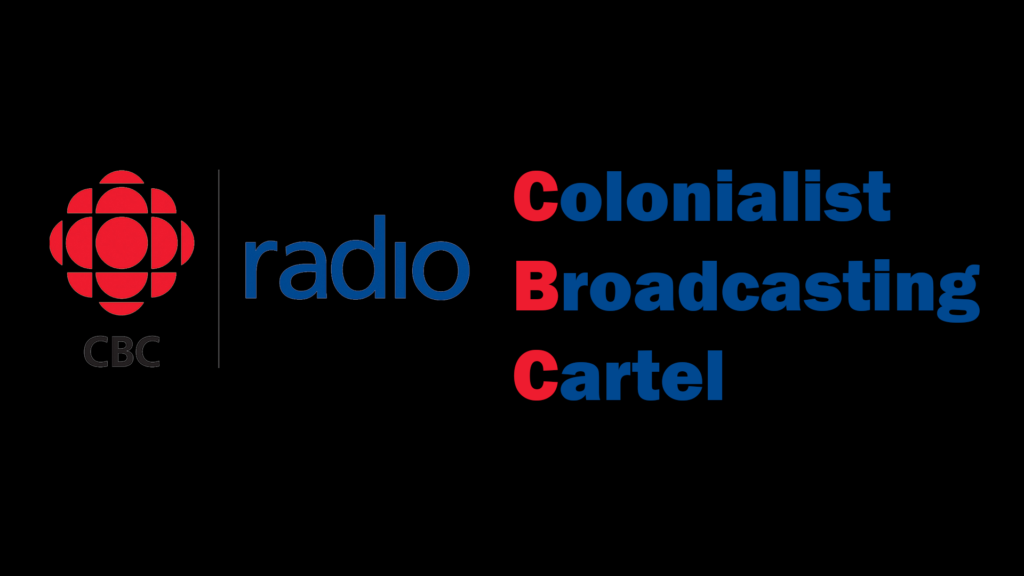 Canadian Broadcasting Corporation or as I call them, the Colonialist Broadcasting Cartel, can’t be trusted, especially if you’re Black or Indigenous. The CBC has consistently let marginalized communities down with its inaccurate, and quite often racist, depictions of these communities.

The three reasons you should turn off CBC, and consider alternate media are as follows:

On February 6, 2020, CBC British Columbia published this article, featuring an inaccurate headline. The 6 people arrested were Indigenous Land Defenders, protecting their land from a militarized RCMP unit. This key distinction was left out, and left viewers with the wrong impression of the situation.

This is just 1 example out of 1,000s, but it highlights why a state media mouthpiece like CBC is not to be trusted.

It’s hard to get accurate information when one of the biggest news distributors is intentionally spreading anti-Indigenous propaganda.

While CBC has made some progress by hiring Indigenous and Black journalists, like Angela Sterritt, the company is still accused of being predominantly pro-settler.

Christine Genier, an Indigenous Journalist, quit her position at CBC recently, due to her concerns about CBC’s colonialist past not being addressed, and the harassment she endured from a male co-worker, who forced himself inside her home.

Canadians must seriously consider calls to defund the CBC, and replace it with a more honest, and culturally appropriate station, instead of the state-sponsored propaganda machine that it currently is.

We, as Canadians, need to come to terms with our genocidal past, and make amends for the pain and suffering we have caused the rightful owners of this land we call Canada. That requires holding our “public” broadcasting to a higher standard or shutting it down completely.

We can do better.