Minsk on lockdown as Belarus gets ready for WAR 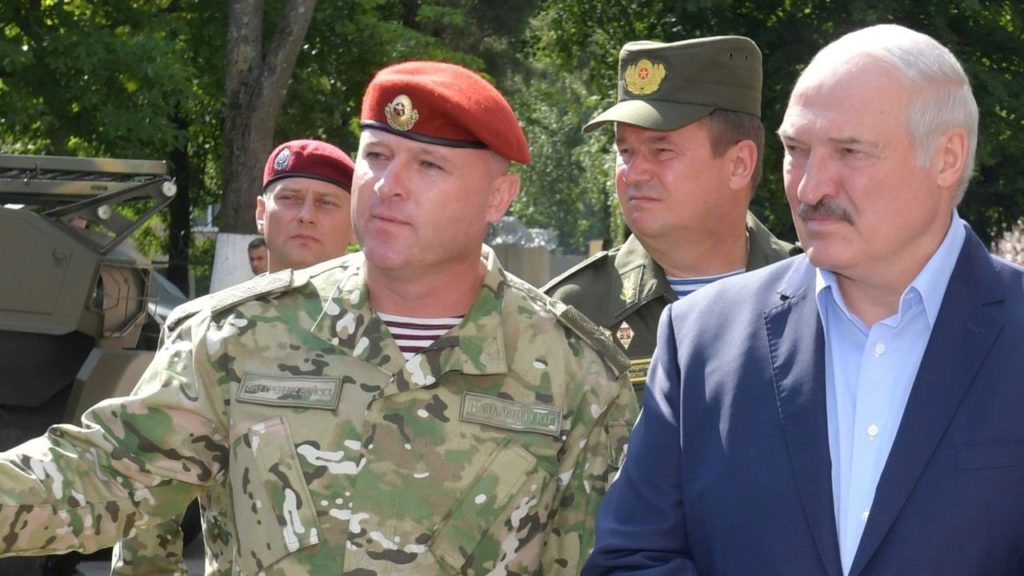 BELARUS – “I have made a decision to put the armed forces on high combat alert,” Alexander Lukashenko told reporters in Minsk yesterday.

He said the move was a response to “threats of terror” and an attempt to stop “crimes against the Belarusian state”.

The move came as neighbouring Russia said it was `ready to deploy troops’ if necessary to protect Russian citizens in Belarus.

Lukashenko, who has ruled since 1994 and has been accused of human rights abuses, said a “crisis situation” existed in the country.

The US military’s European Command says the Russians have violated their agreement with Belarus by bringing troops into the country without telling them. The command also says they are trying to figure out what the Russians are doing in the country.

The army has been told to prepare for a large-scale war with the West. Lukashenko blamed recent Nato manoeuvres in western Ukraine – near the Polish border – for raising fears among Belarusians that they were next in line for an attack.